Hundreds of thousands of students are enraged over a potential cheating scandal on the SAT that occurred on August 24 across the nation. Collegeboard has been confirmed of being guilty of reusing the international 2017 Asia test, allegedly giving some students an advantage and even a handicap large enough to give somebody a perfect score.

The main theory behind this scandal was an ingenious plan made by a large group of international students: get the test and answers early and fly to the United States, specifically states like Hawaii and California with the latest time zones, and ace the SAT. u/LeastSatisfaciton6 on Reddit accounts his personal experience and his suspicions.

“Today, I took the SAT […] at Woodrow Wilson Senior High School in El Sereno […]. I observed three groups of Chinese students, about 150 students total (they all presented their Chinese passports as identification) arrive sequentially on privately-chartered busses to the school to take the test. Now it is obvious that not only was today’s domestically administered test recycled from the October 2017 international exam […], but that certain individuals […]knew that this would be the case in advance of the first proctoring of the test.”

However, many international students defended this claim with reasonable answers. u/chinahand99 claims that: “So I just want US students to realize that Chinese students are not cheating when they travel to the US to take the SAT. These students want to have two realistic opportunities before November college deadlines, thus […] August in the USA. That is why there are so many Chinese students in California test centers in August.”

He continues by stating that, “One student may have seen this test in April but because it was so long ago, it didn’t really help.”

The general consensus between the opposing sides is that the test was “recycled,” and that some international students actually took the test beforehand. Nevertheless, the most enraging factor for students was the possibility that students knew that the test was going to be recycled and prepared specifically from the 2017 test with both its answers and questions.

Screenshots signifying that some students accomplished this rose up on twitter.

This points to strong evidence of cheating; whether or not international students used that testis the point of debate and uncertainty.

Collegeboard responded to the situation with a tweet of their own, saying, “For those of you who have asked about the SAT test […], we do not comment on the specifics of test form and/or question usage, in order to protect the security of our tests. […] As part of our comprehensive approach to tests security, after every test administration, we take additional quality control steps before scores are released[…]”

The situation has more or less resolved, with students obtaining their scores at the normal times, and no notice of any score-cancelling. It still remains unknown if a huge cheating scandal happened. 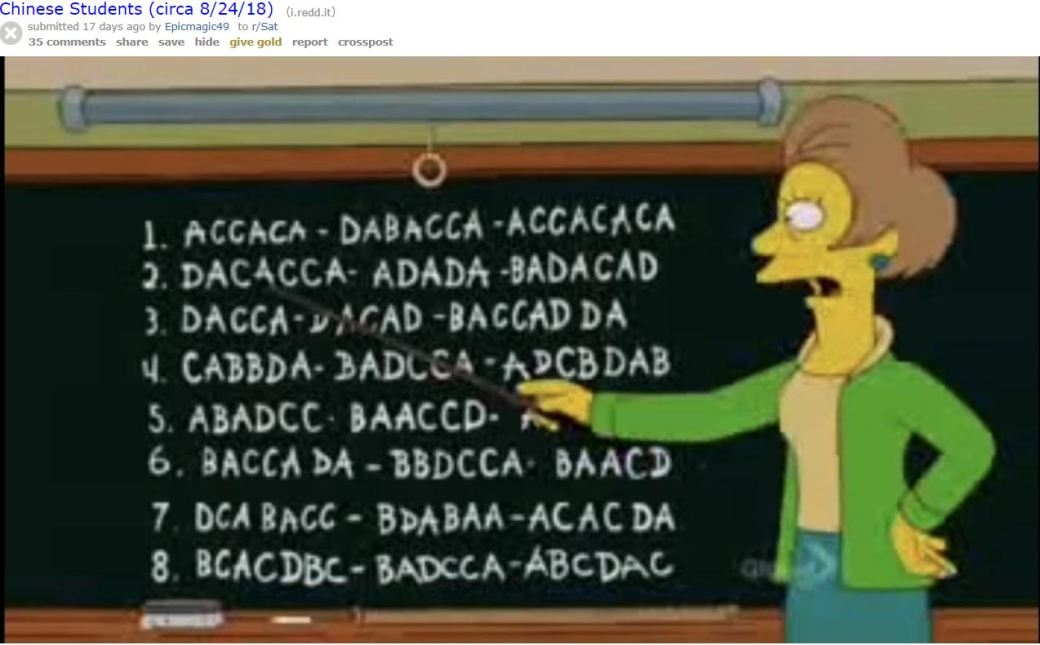